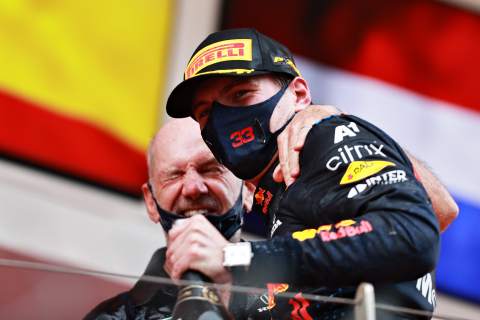 The Dutchman claimed a dominant second win of the season around the famous streets of Monte Carlo to overtake 2021 title rival Lewis Hamilton in the championship for the first time in his career.It marked a huge contrast in fortunes in Monaco for Verstappen, who had never previously finished on the podium in the principality. He ed out of his Monaco debut with Romain Grosjean in 2015, and retired from the race the following year after hitting the barriers on all three days.An FP3 in 2018 prevented Verstappen from taking part in qualifying and ultimately ruined his weekend, while a time penalty for contact with Valtteri Bottas in the pits robbed him of a first Monaco podium in 2019.“It’s nice,” Verstappen said. “I’ve never been on the podium here and then the first time is straightaway a win.“So, it’s a bit of redemption for all the other races here because I never really had a lovely feeling on a Sunday here.“I’ve always been quick in Monaco,” he added. “It’s just I’ve just shunted a few too many times.”Related ArticlesaccImages.createImage(); F1 Driver Ratings from the 2021 Monaco Grand Prix accImages.createImage(); F1 Driver Ratings from the 2021 Monaco Grand Prix Despite being gifted the lead due to Ferrari’s Charles Leclerc being unable to take the start, and seeing main race rival Valtteri Bottas drop out of contention with a pit stop problem, Verstappen insists his win was far from easy.“Of course, it always looks under control,” he said. “But to keep your focus for so many laps, that’s the hardest bit.“It’s easy to relax a bit when you are in the lead and it’s easy to make a mistake, so you have to keep reminding yourself to stay focussed and keep your thoughts on the road.Related ArticlesaccImages.createImage(); How did it go so badly wrong for Mercedes at F1’s Monaco GP?accImages.createImage(); Mercedes still unable to remove wheel stuck on Bottas’ F1 car”Pace-wise it was very controlled because all the time if somebody tried to push me a little bit in terms of lap times, we could answer and make the gap bigger and they started to struggle with tyres.”Verstappen’s victory meant Red Bull also overturned Mercedes’ lead in the constructors’ championship, with the reigning world champions enduring a nightmare weekend in Monaco.