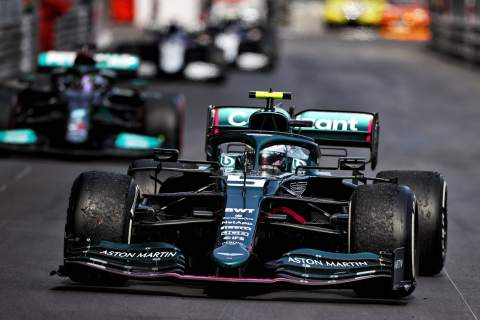 To coincide with Pride month in June, there will be a series of social and community initiatives to raise awareness of LGBTQ+ diversity and inclusion as part of the partnership.Racing Pride’s logos will appear on Aston Martin’s AMR21 at the French Grand Prix later this month. Launched in June 2019, Racing Pride is a movement that promotes LGBTQ+ positively within the motorsport industry.The partnership follows on from F1’s #WeRaceAsOne campaign which was launched last year.Speaking of the announcement, CEO and team principal Otmar Szafnauer, said: “Aston Martin Cognizant F1 Team is committed to being a safe and inclusive environment for the LGBTQ+ community, and our alliance with Racing Pride enables us to further that ambition – for our staff on both a personal and professional level.”Working alongside our friends at Cognizant, we’re delighted to be able to communicate a more proactive stance – especially across Pride Month – but we’re committed to equality within the organisation, and this is a measurable step for us to undertake to showcase that determination.Related ArticlesaccImages.createImage(); Ocon hopes future upgrades can cure Alpine’s F1 car weaknessaccImages.createImage(); Ocon hopes future upgrades can cure Alpine’s F1 car weakness”Additionally, we hope our engagement with this issue will act as a beacon for the rest of the motorsport world to follow our example.”Richard Morris, Racing Pride’s co-founder, added: “This landmark partnership between Aston Martin Cognizant Formula One Team and Racing Pride will have a widely felt positive impact for the LGBTQ+ community.”We look forward to continuing to work closely with the team as it constantly strives to create an inclusive culture in which all team members are respected, empowered, and valued.”Related ArticlesaccImages.createImage(); Hamilton: Mercedes ‘can’t afford another weekend’ like Monaco in F1 title battleaccImages.createImage(); Sainz: “Very tricky” for Ferrari to fight for F1 pole or win again this season