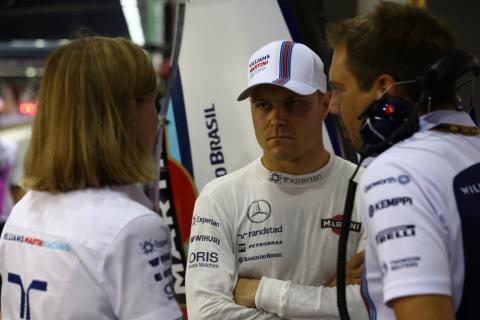 Did Susie Wolff deserve a Williams seat over Felipe Massa or Valtteri Bottas?


Wolff famously drove for Williams in practice for the 2014 British Grand Prix, the first woman behind the wheel in F1 for 22 years at the time.But it never translated into a full-time F1 drive – and progress has been slow for female drivers ever since.What’s going on with F1’s team principals? | F1 2023Video of What's going on with F1's team principals? | F1 2023“At my time at Williams, I had Felipe Massa and Valtteri Bottas, it was a very strong line-up so I don’t have any bitterness that I didn’t get my chance,” she told the Irish Times.“But there were some very tough moments along the way, walking into a garage and people having a lot of scepticism when they see you in the car, so you felt you had to prove yourself more than your male counterparts. That was part and parcel of what I was used to.“I realised performance is power, if I perform then my gender is irrelevant going into the best teams, I have more of a chance to be successful.  “Motor sports is one of the few sports where you don’t get to see the athlete, when I had my helmet on I wasn’t even visible. So I would just get my helmet on and not get distracted.”Wolff, whose husband is Mercedes F1 team principal and part-owner Toto Wolff, has set up a ‘Dare to be Different’ campaign to encourage women into motorsports.“We just need more young women entering the sport, there are just not enough women competing to rise to the top,” she says. “Naturally it would help to have one young woman racing, I believe when you can see it you can believe it, open up the sport, make it more accessible and you will inspire the next generation.”Related James Vowles: His best and worst strategy decisions for Mercedes in F1 Verstappen’s warning to second drivers: “You can’t live in a fairytale world”