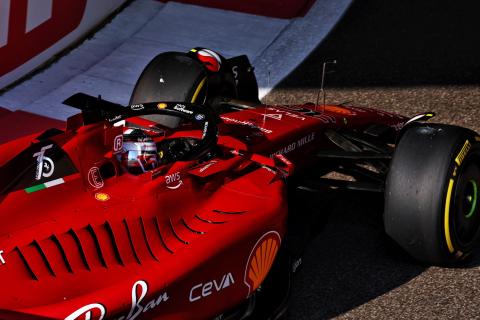 
The former F1 team principal of Ferrari is now the chief executive at Italy’s biggest football club – Juventus have been hit with a 15-point deduction for misrepresenting their finances.Arrivabene was previously appointed as Ferrari team boss by Sergio Marchionne in 2014. But he led the Scuderia through four awful years before he was replaced by Mattia Binotto.Arrivabene led Fernando Alonso to sixth and Kimi Raikkonen to 12th in 2014, then oversaw Sebastian Vettel repeatedly fail to win the title.What went wrong for Mattia Binotto? What next for Ferrari?Video of What went wrong for Mattia Binotto? What next for Ferrari?Arrivabene was always an independent board member at Juventus, too, and in 2021 was appointed among their directors.Juventus could appeal their punishment – meaning Arrivabene could yet escape these sanctions.Ferrari, meanwhile, head into 2023 with Frederic Vasseur as their new team principal. He is aiming to launch Charles Leclerc and Carlos Sainz into title contention.Related F1 wives and girlfriends: Meet the drivers’ partners ahead of 2023 season Ferrari gain “at least one second” with F1 2023 car?