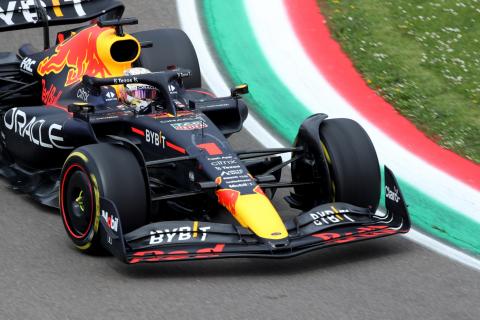 
Verstappen took part in a filming day last October, just days after being crowned world champion for the second time, driving Red Bull’s 2013 F1 car around the Autodromo Internazionale Enzo e Dino Ferrari. The RB9, which was powered by a naturally-aspirated Renault V8 engine, set off noise pollution detectors nearby, resulting in the circuit receiving a fine for the offence. Could Max Verstappen become the greatest F1 driver of all time?Video of Could Max Verstappen become the greatest F1 driver of all time?‘The Red Bull event was the only occasion on which the Autodrome has made noise in the past year, always remaining within the limit, despite the many activities carried out,” Elena Penazzi, Councillor for the Autodrome, Tourism and Citizen Services of Imola told Corriere dello Sport. “On 12 October, Red Bull showed up with an older car than the current one and the limits were exceeded. It was a matter of a few laps.”F1 teams are permitted to carry out two filming days per year for promotional activities. Teams are limited to a maximum of 100km of running per day and must use a non-race specification of tyre. Related ‘It had the biggest impact on me’ – Wolff on childhood tragedy Schumacher? Senna? Hamilton says: “There has never been a driver like me”