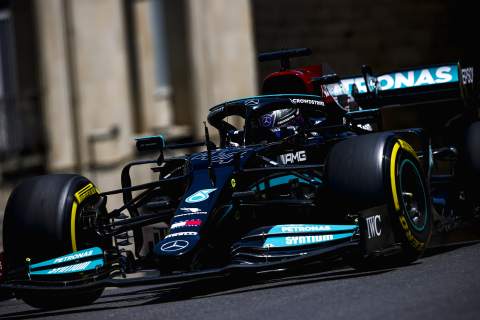 The team has suffered a setback in its bid to win an eighth consecutive world championship double after difficult weekends at the last two rounds, where the German marquee scored just seven points.Mercedes’ results have enabled Red Bull to pull 26 points clear in the constructors’ championship thanks to back-to-back victories, while Max Verstappen holds a four-point advantage over Lewis Hamilton in the drivers’ standings.Mercedes boss Toto Wolff lambasted his team’s performance at the Azerbaijan Grand Prix as “just not acceptable” as the Brackley-based outfit’s 55-race run of points finishes ended. Baku also marked the first time since the 2012 United States Grand Prix that Mercedes failed to score points when both its cars finished the race.But Wolff insisted Mercedes will not be tempted to pull resource off its 2022 F1 car development to improve its W12 challenger despite the intense nature of the 2021 title battle with Red Bull.Related ArticlesaccImages.createImage(); McLaren expands motorsport programme with Extreme E entry for 2022accImages.createImage(); F1 Gossip: Hamilton contract latest and Honda’s engine plans”We already readjusted the plans for 2022 and there’s no way of making out of it,” Wolff explained.”We will not change any decisions that we have taken, strategic decisions, just because we had two really bad race weekends.Related ArticlesaccImages.createImage(); Red Bull “clearly” faster than Mercedes – HamiltonaccImages.createImage(); How Perez passed the Red Bull F1 test those before him failed”We knew that these two racetracks are probably the worst for us – and I hope I’m right with that assessment.”Let’s see how the European races go now. But clearly, these two were absolutely below the standards that we set ourselves and the expectations that we set ourselves.”cnxps.cmd.push(function () {cnxps({playerId: “b44576b9-6f7e-4a8d-ad0b-f498c77a5f76”, storyId: “843198b2-0c04-4765-95da-5e8d13e2248a” }).render(“eb6c0b449d8244858afef55f8c12794d”);});In contrast, Verstappen has pleaded with Red Bull to continue prioritising this year if it is to have any chance of beating Mercedes to the world titles.”4