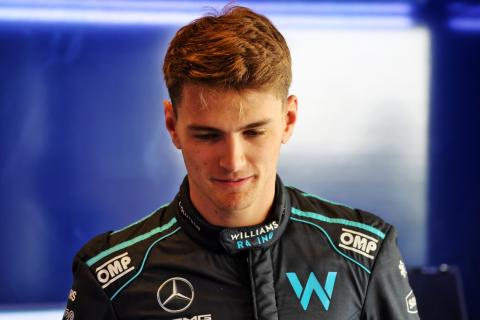 Rival team circles to sign Sargeant – even before F1 debut


American rookie Sargeant has joined Williams and is an exciting addition to the F1 2023 driver line-up, particularly in a season which will feature three grands prix on US soil.Haas will pair Kevin Magnussen with Nico Hulkenberg this year but, after a major sponsorship and a rebrand into MoneyGram Haas F1 Team, the American influence on the team has never been more influential.Explained: New rules for F1 2023 seasonVideo of Explained: New rules for F1 2023 season”Of course I would like to see an American driver with us,” Haas team principal Guenther Steiner told KVUE.”I think what we need to see is the development of an American driver, which is very difficult. “We had the last two years ago with two rookies, last year with one inexperienced driver. And we as a team are still very young. “For us at the moment there is more performance to be gained for the team to make it better, to get ready, because at the moment there is no American driver with experience in F1. Therefore, we decided not to take an American again.”There is now an American driver [Sargeant] who is going to gain experience and he needs all the support he can get at the moment. And I don’t think at the moment it’s there.”So, hopefully it comes, because I wish that he makes experience and then once he has made experience, he comes to us, the American team. How about that?”Related Revealed: New Williams F1 driver Logan Sargeant’s billionaire family member The five drivers under the most pressure heading into F1 2023