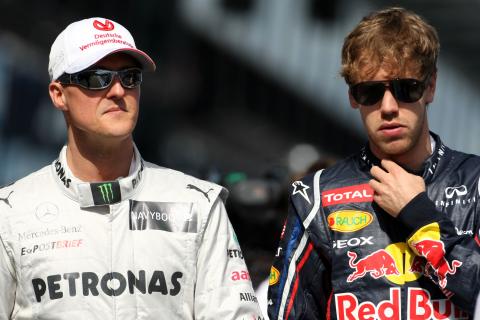 
Germany’s Bild reports that Sky Germany has so far been unsuccessful in its attempts to find a replacement following the expiry of RTL’s contract, which would make F1 significantly less accessible.RTL lost its broadcasting rights to Sky in 2021 but managed to secure rights to show four grands prix on a sublicence in 2021 and 2022.  Explained: New rules for F1 2023 seasonVideo of Explained: New rules for F1 2023 seasonThe broadcaster has since confirmed it will not extend its contract to show F1 races in 2023 to instead focus on football and its newly acquired NFL rights. Under the terms of its current broadcasting deal with F1, Sky Germany is contractually obliged to share live rights to four races. According to multiple reports in German media, Sky Germany is struggling to find a new partner, with other broadcasters including the likes of ARD and ZDF not interested. Bild also reports that the high costs of rights to show F1 is turning stations away, including the ProSiebenSat.1 Group.  With Sky Germany understood to be paying up to €55m per season, the cost of rights for four free TV races would amount to around €10m. Sky Germany must continue to broadcast at least four races freely over the next two F1 seasons.Related Explained: The $20 billion F1 vs FIA bust-up F1 condemns Ben Sulayem’s $20b valuation in explosive letterUnder a new contract set to come into effect in 2025, Sky Germany will only have to show the German Grand Prix – if one takes place – on free-to-air TV. If a TV partner cannot be found, Sky Germany may be forced to broadcast free-to-air races online via their website or YouTube channel.It is a new setback for the once great F1 empire in Germany built by Michael Schumacher and continued by Sebastian Vettel. Following Vettel’s retirement at the end of last season, Nico Hulkenberg will be the sole German driver in the F1 2023 driver line-up, having replaced fellow countryman Mick Schumacher at Haas. The last German Grand Prix was held at Hockenheim in 2019, while the Nurburgring hosted the one-off Eifel Grand Prix as part of the COVID-affected 2020 season.