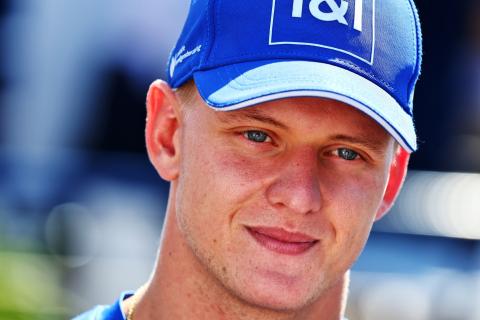 
Schumacher will spend the 2023 season in a reserve driver capacity with Mercedes after losing his Haas seat to Nico Hulkenberg at the end of last year. The 23-year-old endured a tricky two campaigns with Haas but finally managed to score his first F1 points in 2022. However, his sophomore season was overshadowed by several costly es.  Michael Schumacher vs Lewis Hamilton: The never-ending debate?Video of Michael Schumacher vs Lewis Hamilton: The never-ending debate?But Andretti has backed Schumacher to make an F1 comeback. “I’m sure that someone will take him”, Andretti told Germany’s RTL. “Talents like that don’t go away. “I think Mick has improved enormously, especially over the past season, no question. And that was evident in his performance.”Andretti added that the “Schumacher name is an asset in every respect” and said the German “carried it with a lot of pride, no doubt.” Mercedes boss Toto Wolff has been full of praise for Schumacher and hopes to help the son of seven-time world champion Michael land a full-time seat again. Schumacher has been linked with a future drive with Audi and Andretti, both of whom plan to enter the world championship in 2026. Related Schumacher and Vettel legacy in ruins – German TV doesn’t want F1! Explained: The $20 billion F1 vs FIA bust-up Meanwhile, AlphaTauri boss Franz Tost has revealed he originally wanted to sign Schumacher as Alpine-bound Pierre Gasly’s replacement for 2023. “Schumacher was an issue [of conversation] for me, personally,” Tost said. “I would actually have liked to have Mick in the car. Mick is talented and also has what it takes to drive successfully in F1.”Tost admitted that “political reasons” prevented such a move and AlphaTauri ultimately signed Nyck de Vries to partner Yuki Tsunoda.