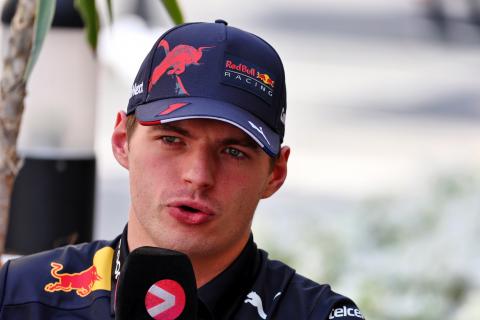 
Footage emerged on Wednesday morning with Verstappen taking a look at a Ferrari F90 Stradale Assetto Fiorano.The F90 was a new arrival at Scuderia Monte Carlo, with Verstappen, like many drivers, living in the principality. F1 2023 driver line-up – who will underachieve?Video of F1 2023 driver line-up – who will underachieve?The Dutchman was seen looking around the beautiful scarlet red Ferrari before sitting in the driver’s seat.Verstappen already owns one Ferrari – a Monza SP2 – which is limited edition and worth around $1.8 millionIt’s not unusual for drivers or team personnel to own vehicles from a rival team’s brand.    View this post on Instagram           A post shared by Monaco Luxury – Ferrari (@scuderiamontecarlo)Mercedes boss Toto Wolff owned several vintage Ferrari cars, although he put his rare F40 up for sale recently. Related “It broke me down so much” – The best and worst advice Hamilton has ever heard Explained: The $20 billion F1 vs FIA bust-up Ironically, Verstappen was the man who ensured Ferrari couldn’t win their first F1 title since 2008 last year with a dominant campaign.Plus, Verstappen has a long term deal with Red Bull until 2028 so it’s unlikely to see him make a move to Maranello anytime soon.With Verstappen looking to add another Ferrari to his car collection, I guess Sebastian Vettel was right, everyone really is a Ferrari fan.