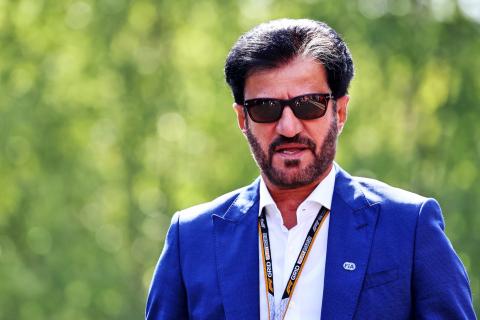 
According to Sky and the BBC, F1 has sent a legal warning to governing body the FIA slamming Ben Sulayem for the “unacceptable manner” in which he referred to an “alleged inflated price tag of $20bn” for the potential sale of F1. Ben Sulayem’s comments followed a report by Bloomberg which claimed F1 owners Liberty Media rejected a takeover bid worth $20b from Saudi Arabia’s Public Investment Fund last year. Explained: New rules for F1 2023 seasonVideo of Explained: New rules for F1 2023 seasonIn a series of tweets on Monday afternoon, Ben Sulayem urged potential buyers of F1 to “apply common sense” to their valuation of the sport. F1 has responded in an explosive letter, which has been seen by both Sky and the BBC, and been forwarded to F1 teams including Ferrari and Mercedes. The letter, written by F1’s General Counsel, Sacha Woodward Hill, and Renee Wilm, chief legal and administrative officer of Liberty Media, warned the FIA that “Formula 1 has the exclusive right to exploit the commercial rights in the FIA Formula One World Championship” as part of a pre-existing 100-year lease. “Further, the FIA has given unequivocal undertakings that it will not do anything to prejudice the ownership, management and/or exploitation of those rights,” it continues.”We consider that those comments, made from the FIA President’s official social media account, interfere with those rights in an unacceptable manner.”Related Explained: The $20 billion F1 vs FIA bust-up Ex-F1 driver claims Verstappen’s title ‘not valid without Russia’The letter accuses Ben Sulayem of overstepping the FIA’s remit. Woodward Hill and Wilm write: “The circumstances in which the FIA would have any role in a change of control of the F1 group are very limited.”Any suggestion or implication to the contrary, or that any potential purchaser of the F1 business is required to consult with the FIA, is wrong.”The letter adds: “Any individual or organisation commenting on the value of a listed entity or its subsidiaries, especially claiming or implying possession of inside knowledge while doing so, risks causing substantial damage to the shareholders and investors of that entity, not to mention potential exposure to serious regulatory consequences. “To the degree that these comments damage the value of Liberty Media Corporation, the FIA may be liable as a result.”It marks the latest clash between F1 and the FIA amid speculation of growing tensions and a deepening rift between the two parties.