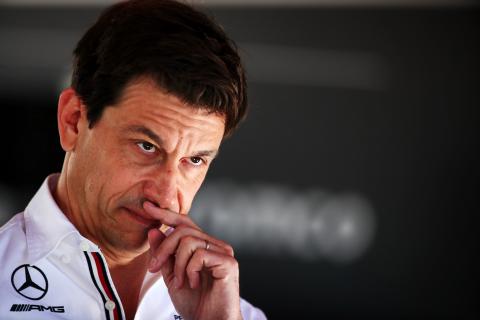 ‘It had the biggest impact on me’ – Wolff on childhood tragedy


Wolff and his family were hit by tragedy when his father died from brain cancer when the Austrian was just 15 years old.His father’s battle with terminal cancer coincided with financial hardship that led to “a humiliating experience” when Wolff and his sister were kicked out of school. Wolff on big money in F1, part-owning Mercedes, and his plan to sell sharesWolff on living ‘rent free’ in F1 rival Horner’s head Why we need to take George Russell more seriously…Video of Why we need to take George Russell more seriously…Speaking in an interview with The Times, Wolff provided an insight into his difficult upbringing and how it helped shape him into the person he is today. “I think the key moment was the tragic loss of my father from brain cancer when I was 15,” Wolff said. “He was terminally ill for ten years, so basically all throughout my childhood. And the financial hardship was related to this. That had the biggest impact on me as a person. “My parents, with the help of my grandfather, put me in the French private school in Vienna, which was advantageous for my career as it helped my language. “But the obstacle was that I went to school in an affluent environment without being a part of it. Day-to-day life was about my mother working hard as a doctor just to afford for us to stay at the school. She might have not been good at motherhood, but she kept us alive; she kept us going.Related Imola fined for Verstappen F1 filming day noise complaint Schumacher? Senna? Hamilton says: “There has never been a driver like me”“But it meant that certain things happened to me and my sister. I remember that we were taken out of class when I was 14 because the school fees were not paid, so we were sent home. How do you explain in the tram back home why you had to leave after lunchbreak? It was quite a humiliating experience.”Wolff is now one of the most successful and powerful figures in F1, having led Mercedes to an unprecedented run of eight consecutive world championships’ between 2014 and 2021 and overseeing Lewis Hamilton win six of his seven drivers’ crowns. “I wanted to make a better life for myself and did what I could to succeed,” Wolff added.