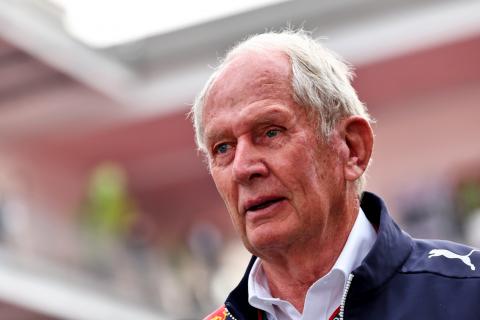 Marko claims "mood at Mercedes is so tense” after Vowles exit


Vowles has switched from Mercedes’ director of strategy to become team principal at Williams, taking over the role from Jost Capito, who stood down at the end of 2022. The 43-year-old was a central figure at Mercedes during the German manufacturer’s recent domination of F1, which included an unprecedented run of eight consecutive constructors’ world titles between 2014 and 2021. Explained: New rules for F1 2023 seasonVideo of Explained: New rules for F1 2023 seasonMercedes boss Toto Wolff stressed Vowles’ departure had come with the team’s blessing, but speaking in an interview with Sport1.de, Marko suggested otherwise. When asked if he is afraid about the prospect of Williams effectively becoming a Mercedes B-team, Marko said: “No, I have completely different information. “Vowles went of his own accord and – so it is said – even takes good engineers with him. My sources tell me that’s why the mood at Mercedes is so tense.”Hamilton’s top F1 strategist has left – Bad news for Mercedes?Marko reckons Vowles’ exit could have an immediate negative effect on Mercedes, though he still believes the Silver Arrows will prove to be the biggest threat to Red Bull in 2023. “We’ll see,” he continued. “However, I still believe that Mercedes will be our biggest challenger when it comes to defending our title.” Related ‘There will be a big hole’ – Hamilton’s one fear about F1 career “Talents like that don’t go away” – Andretti sure of Schumacher F1 returnMercedes are aiming to return to title contention in 2023 after enduring a hugely challenging season last year in which they slipped to third place in the F1 2022 constructors’ championship. George Russell claimed the team’s sole victory of 2022 on his way to becoming the first teammate to beat Lewis Hamilton over the course of a season since 2016.