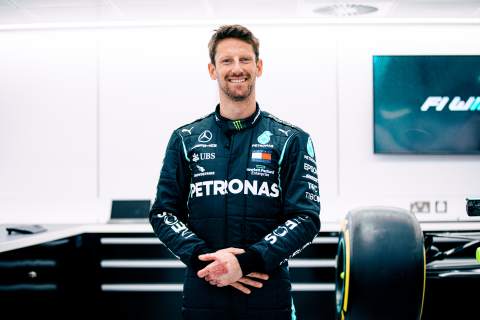 Initially, Grosjean was set to drive Lewis Hamilton’s 2019 title-winning Mercedes W10 in a private test day at Paul Ricard on June 29 as well as completing a series of demonstration laps at the French Grand Prix on June 27.With the French GP being rescheduled for this weekend as a result of the Turkish GP being cancelled due to the worsening COVID-19 situation in the country, Grosjean was no longer able to drive the W10 during his home grand prix weekend due to a clash with his IndyCar commitments.Grosjean was unable to compete in the final two races of his F1 career after injuries sustained in his dramatic at the 2020 Bahrain Grand Prix.The Frenchman expressed his desire to have one last opportunity to drive an F1 car with Mercedes boss Toto Wolff saying that he would arrange the test for Grosjean, ultimately delivering on his promise.Related ArticlesaccImages.createImage(); Why Ocon’s bumper new F1 deal is a no-brainer for him and AlpineaccImages.createImage(); Why Ocon’s bumper new F1 deal is a no-brainer for him and AlpineThe former Lotus and Haas driver completed a seat fit at Mercedes’ base in Brackley back in April.His private test day was set to go ahead but Mercedes has now confirmed it has been postponed, but it will look to reschedule it later in the year.Related ArticlesaccImages.createImage(); Esteban Ocon signs three-year F1 contract extension with AlpineaccImages.createImage(); McLaren target improved qualifying in bid to reclaim P3 from F1 rivals FerrariMercedes announced on its Twitter: “We’re disappointed to announce that Romain Grosjean’s Mercedes test has been postponed because of travel restrictions and quarantine requirements.“We’re committed to giving Romain his chance in a Mercedes F1 car and we’re working to reschedule the test later this summer.”