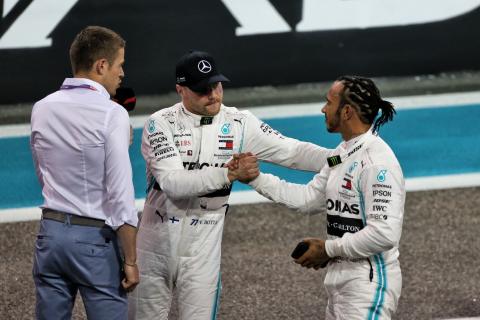 
“Johnny has been an integral part of our Formula 1 team since the very first season on Sky Sports in 2012,” Sky confirmed to the Daily Mirror. “We will miss his humour and big personality and thank him for his energy and enthusiasm over the last 11 years. Everyone wishes him all the best for the future.”Neither Herbert nor Di Resta are expected to be replaced.Sky Sports’ F1 pundits for 2023 include:Jenson Button Nico RosbergNaomi SchiffMartin BrundleDamon HillKarun ChandhokAnthony DavidsonNatalie PinkhamTed KravitzDanica PatrickSimon LazenbyDavid CroftRachel BrookesExplained: New rules for F1 2023 seasonVideo of Explained: New rules for F1 2023 seasonOn Wednesday, Herbert posted an image of the Sky Sports F1 team on Instagram alongside the caption “going to miss this team.”Sky Sports F1 presenter Natalie Pinkham replied “Johnny, love you forever ever.” Meanwhile, Rachel Brookes added: “Not as much as we will miss you! Thank you for everything and being such a lovely “tv husband” – won’t be the same without you.”Herbert has been part of Sky Sports F1’s broadcasting team since 2012 as one of several rotating pundits who formerly raced in F1, including the likes of 1996 world champion Damon Hill and Anthony Davidson. But Herbert will no longer be part of the Sky Sports F1 team going forward.     View this post on Instagram           A post shared by Johnny Herbert (@johnnyherbert1964)Herbert raced in F1 from 1989 to 2000 for seven different teams. He won twice for Benetton in 1995 on his way to fourth place in the drivers’ championship – his best-ever result . Herbert gave the Stewart Grand Prix team their first and only F1 victory at the 1999 European Grand Prix, which turned out to be his third and final win. Related Bahrain prisoner urges Hamilton not to be ‘muzzled’ by FIA Marko claims “mood at Mercedes is so tense” after Vowles exit Former W Series driver Naomi Schiff joined the punditry team for the 2022 F1 season.