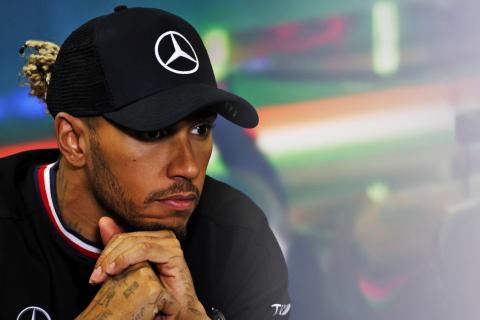 
The seven-time world champion’s current deal expires at the end of the upcoming 2023 season but both Hamilton and Mercedes have outlined their desire to agree a contract extension. Hamilton, who turned 38 earlier this month, is expected to sign a multi-year deal that will see him compete in F1 past his 40th birthday. Hamilton’s huge contract demands at Mercedes are “without foundation”Explained: New rules for F1 2023 seasonVideo of Explained: New rules for F1 2023 seasonAlthough Hamilton has no plans to quit just yet, he has already acknowledged the challenge he will face when the time does come to stop racing. “It will be really hard when I stop racing,” Hamilton told the On Purpose podcast. “I have been racing 30 years. What can match that? “Nothing can match being in the stadium, being at the race, being at the pinnacle of the sport, coming through the grid.“When I do stop there will be a big hole. I am trying to find things to replace that, that will be just as rewarding, like Mission 44.“That is way more rewarding than winning the race.” Hamilton has already started to pursue other interests in the fashion and music industy as he begins to consider life without racing, but the adrenaline-junkie insists he is “most at peace when I’m doing 200mph”. “I have never had that fear [of speed],” he said. “If you go on a ski slope and see kids go by, kids are generally fearless, right?Related Marko claims “mood at Mercedes is so tense” after Vowles exit  “Talents like that don’t go away” – Andretti sure of Schumacher F1 return“As you get older and hurt yourself a little bit, you protect yourself.“I just don’t have [fear]. It wasn’t something that was necessarily put in me. I am terrified of spiders!“But when I’m doing 200mph that’s when I am most at peace. I am flowing. I’m in my element. “There is a natural ability, right? I can focus for an hour and 45 minutes without making mistakes.”